Manchester United legend Ryan Giggs didn’t want to talk about losing his hair while he was playing football. He felt people were less understanding and more judgemental about hair restoration treatments back then. But here, with attitudes now changed, he reveals how a decade of medical and surgical treatments kept his hair in great shape. 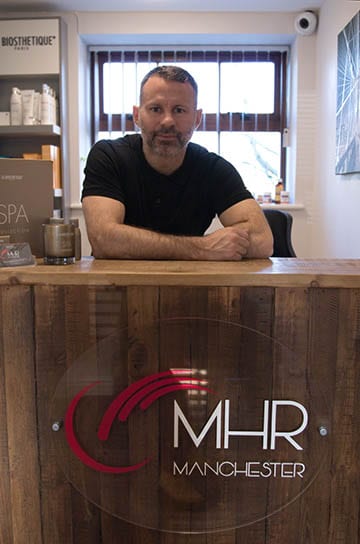 Despite being one of sport’s most high profile faces, MHR Clinic partner Ryan Giggs has always remained a private person. The Wales manager was previously reluctant to talk about the hair treatments that prevented the loss of his trademark curls.

He first began a course of laser therapy and hair loss medicines to tackle his thinning hair in 2009.

Ryan recalled: “There wasn’t a lot of information out there and there was an element of people judging.”

Since then Ryan has had a 1500 graft FUE hair transplant and he feels times have changed. “People are more understanding. There’s more acceptance around it,” he explained.

Ryan first realised he was losing his hair after he scored two goals against arch-rivals Liverpool, on a rain-soaked afternoon at Anfield in November 2003. The Manchester United legend recalled: “After the game I got dropped off to meet my mates. I walked into the pub and I was expecting to hear ‘well done’. All I got was, ‘flipping heck, your barnet is going isn’t it?’ It was like, ‘cheers lads’.”

Ryan’s concerns about his thinning hair grew. He said: “I got a little bit paranoid really, especially when I knew I was going to be playing on the TV, or it was going to rain. If it was raining I would think, ‘I could really do without that’. That’s when I felt the shorter my hair was, the thicker it looked. It had a big bearing on my hair getting shorter.”

He also turned to his friend Craig Henton, who then had more than a decade’s experience as a hair restoration consultant. Craig gave him specialised serums and shampoos to boost hair growth on his scalp, referred him to a GP for DHT-blocking medicines and booked him in for fortnightly laser therapy sessions in a nearby clinic. 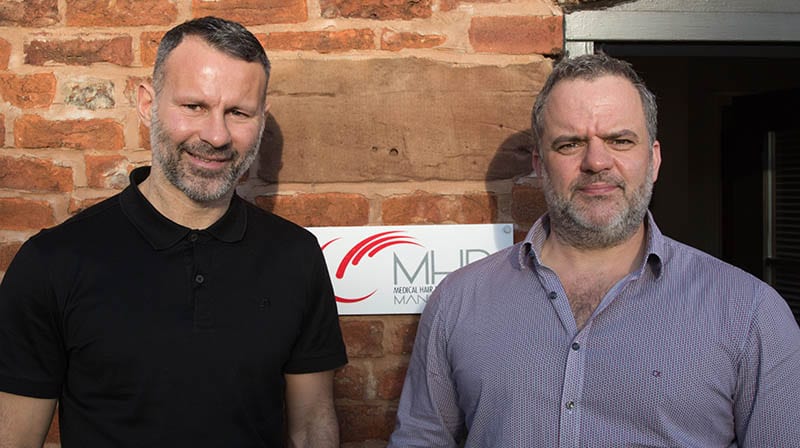 “I didn’t know what the treatments would entail. But I saw a big change and was really pleased with the results. I was really happy with them.” 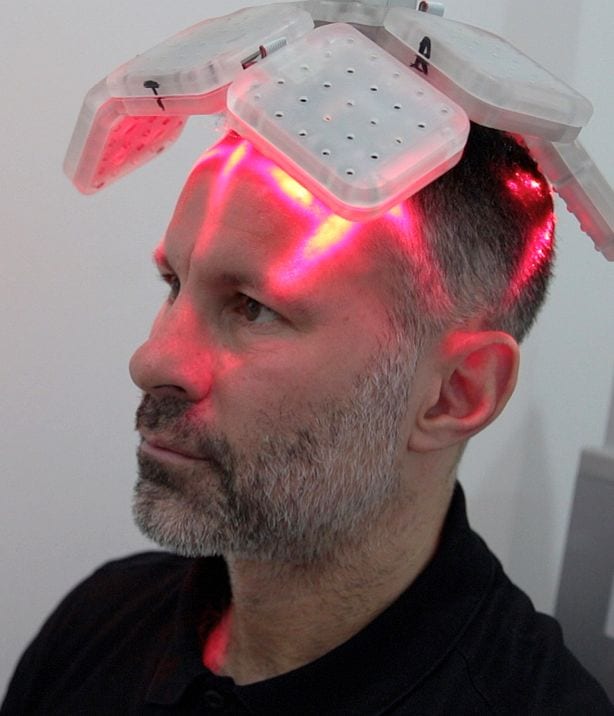 The former United winger recalled: “Being a quite private person, it was something I wanted to keep to myself. I didn’t want to talk about it while I was playing. It wasn’t just me noticing the difference on TV. Other people commented on it. ‘Have you had something done, have you had a hair transplant?’ because everyone was talking about hair transplants. But I hadn’t.”

Ryan continued with his treatments throughout his playing career but as he clocked up more miles on United’s left wing, like all men, his hair pattern changed naturally with age. So in 2017, as the game’s most decorated player took up roles in football management and media punditry, he opted for a hair transplant. “The original treatment worked well. But I felt it needed a bit of a push,” he explained. “It was something I felt could help me.”

Henton invited Ryan into the clinic to discuss further options for his hair restoration journey. Ryan explained: “I’ve known Craig for a long time, so I trusted him”. First and foremost I knew I was being given the right information. I questioned him as much as I could. All the questions in my mind were answered and it was quite straight forward really.

“The procedure lasted more or less half a day. You can have a rest during it if you want. You’re awake during it and can’t really feel anything.”

They numb the areas where you’re going to feel it. You’re awake during it and can’t really feel anything. You’ve got, not scarring, but a few cuts in the back of your head. You wake up in the morning, there’s a bit of blood on your pillow for a couple of days and then that goes. That’s it really. No pain afterwards.

“You go back to the consultant. They take a picture of the area where the work was done every month and then you can see real progress. At three or four months I was thinking, ‘Is that going to be it?’ but Craig told me, ‘No there’ll be more, even up to a year’. It’s a little after a year when you see the final results.”

“People’s reactions to it were better than expected. You don’t know how people are going to react to you having it done. They were more inquisitive about what I’d had to do.”

Ryan explains: “I’m really happy with it. The only negative I have is I didn’t do it earlier.

“It’s becoming more popular and accepted by the public. You’ll still have the men’s men who’ll never get anything done and want to say, ‘You’re not a real man’. Of course, you’ll still have that part of society.

“But also there is a growing interest out there among men to make themselves feel better and look better,” he said. 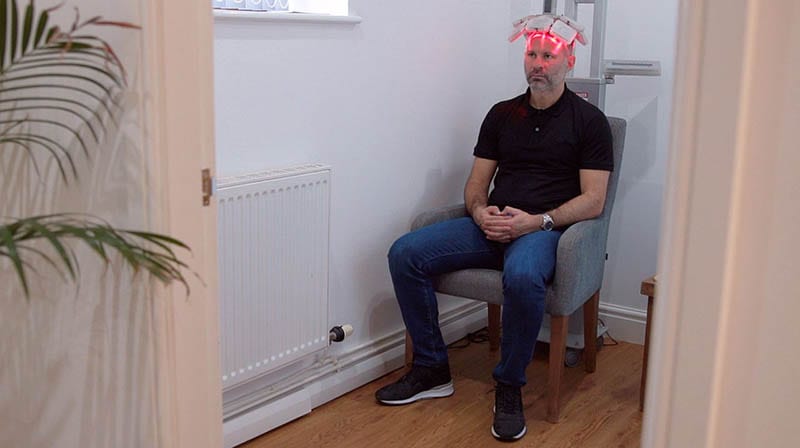 “First and foremost I knew I was being given the right information. All the questions in my mind were answered.”