SAW PALMETTO is a species of palm tree found most commonly along the sandy shores of the Caribbean and south-eastern states of the US.

Its berries, when ripe, are harvested to create organic supplements capable of stopping the hair loss progression and triggering regrowth of hair.

Saw palmetto is widely regarded as an alternative remedy to treat baldness, for its properties which inhibit the conversion of testosterone into DHT (dihydrotestosterone) – the hormone which brings about hair loss in men and women.

Similar to the medicine finasteride, extracts from the palm tree’s berries have a dampening effect on a bodily enzyme called 5-alpha-reductase, central to the process of altering testosterone to DHT and causing hair follicles to shrink.

Also known as Cabbage Palm, Palmier de Floride, and the Saw Palmetto Berry, the supplement is usually taken in tablet form and is easily added to a daily routine.

As men typically have more testosterone than women, saw palmetto is more effective as a hair loss treatment in males.

Studies into saw palmetto, as an efficient hair loss treatment, have been extensive, with significant research carried out and results published in 1999, 2002, 2012 and 2015.

Recently, in 2012, scientists compared the effects of saw palmetto with those of finasteride. Their findings were published in the International Journal of Immunopathology and Pharmacology.

While finasteride was found to be more effective than saw palmetto in increasing hair growth, both were seen to have a positive effect on men suffering hair loss.

Over a period of two years, of those taking 320 mg of saw palmetto daily 38 percent saw increased hair growth, compared with 68 percent of those using 1mg of finasteride each day.

A study published in the Australasian Journal of Dermatology in 2015 showed positive results were also found with topical products containing saw palmetto.

According to the research, hair counts increased in men after 12 and 24 weeks of using saw palmetto as a topical treatment.

Other journals involved in saw palmetto studies include the Journal of Alternative and Complementary Medicine.

SAFETY AND SIDE EFFECTS

There are few risks associated with saw palmetto. 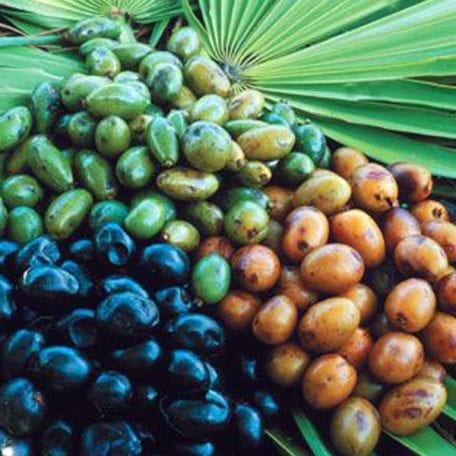 Most people are able to take saw palmetto by mouth for up to three years without any side effect experienced.

The most commonly found side effects of taking saw palmetto are associated with the digestion system and include both constipation and diarrhoea, as well as stomach cramps.

However, should such side effects occur, they are easily and quickly remedied by halting the treatment.

Like finasteride, we recommend clients having hair transplant procedures avoid saw palmetto for two weeks before and after their surgery.

Additionally, as saw palmetto restores levels of testosterone in the body, it may produce increased libido and enhance sexual drive. Indeed, Native Americans are believed to have used saw palmetto as an aphrodisiac.

For more information about saw palmetto as a suitable supplementary treatment for hair loss, please contact either of our clinics where our staff will be happy to advise you further.