The Anagen Stage of the Hair Cycle

The Catagen Stage of the Hair Cycle

The Telogen Stage of the Hair Cycle 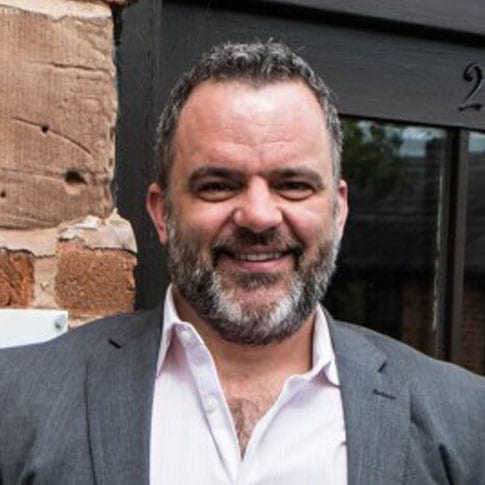 The average person is born with follicles that will produce approximately 135,000 hairs on their head.

Each individual has a different hair growth rate, on average hairs on the scalp grows about 0.3 to .04 millimetres each day (visit me to see “The Importance of a Healthy Scalp for Healthy Hair Growth“). That equates to an approximate rate of between a third and a half an inch of growth per month and therefore around six or seven inches of hair growth per year.

At any given time, all of those hairs will be in one of three stages of the hair growth and shedding experienced by humans throughout their lifetimes.

Unlike other mammals, human hair growth and shedding occurs randomly. Is not seasonal. Each hair follicle goes through its hair cycle at a different time from the majority of others, preventing mass hair loss across our scalps in any one moment.

The most notable of these growth phases is the anagen phase, during which hair follicles produce continuous growth of hair for up to seven years. Those seven years are then followed by a 10-day transitional period known as the catagen phase. The transitional period comes to an end when a hair follicle enters its resting period, known as the telogen phase, which lasts up to three months and during which hair is shed.

I will make each of these three phases of the hair growth the subject of further analysis in the remainder of this blog post.

The anagen phase of a hair follicle’s growth cycle is its active phase during, which it produces strong hair growth.

As much as 85 percent of our hair is in the anagen phase at any given time. The cells in the root of the hair are dividing quickly during the anagen phase. Hair can grow at up to one centimetre per month and continues to do so for between two and six years throughout this phase of the hair cycle.

At the beginning of the anagen phase, new hair is formed and begins to push the ‘club hair’ (a hair that has ceased growing and is no longer in the anagen phase) up and out of the follicle.

Some people find difficulty in growing their hair beyond a certain length because they have a short anagen phase, while others achieve long hair easily by having an extensive active phase of hair growth. For most people, our maximum hair length will fall somewhere between 18 and 30 inches long. The length of any human being’s hair is unlikely to grow beyond one meter.

The catagen phase of a hair follicle’s growth cycle is its transitional stage, during which hair growth stops.

Only about five percent of all of our hairs are in the catagen phase at any given time. At the beginning of the catagen phase of the hair growth cycle, our hair receives a signal from the body telling it to stop growing. The process of forming what we have previously referred to as the club hair then follows.

During the catagen phase of hair growth the outer sheath of the hair root shrinks removes itself from the scalp’s blood supply and attaches itself firmly to the hair root. This is the formation of the club hair and this is the entire catagen process and one of transition.

The catagen phase takes up to three weeks and, in creating the club hair, prepares the way for future hair growth from the hair follicle. While detached from the scalp, the club hair then remains in place during the subsequent third phase of hair growth

During the catagen period it is important to ensure that our hair and scalp is properly nourished with vitamins and minerals, as hair follicles can shrink to approximately a sixth of their size during the catagen phase. A healthy blood flow helps to maintain the condition of hair our follicles which are temporarily redundant during this period.

The telogen phase of a hair follicle’s growth cycle is its resting phase, during which the club hair is completely formed but still in situ.

Approximately ten percent of our hairs are in this resting phase at any given time. Throughout the telogen phase of the hair growth cycle, our club hair rests there until the next generation of hair roots and hair have formed in the follicle bulb and enter their anagen phase. Their anagen phase pushes the club hair up and out of the follicle and brings to an end the telogen phase for those hairs.

Disruptions to the hair growth cycle can cause more hairs to enter the telogen phase and greater amounts of hair to shed than usual. Researchers at Harvard Medical School identified this as a condition called telogen effluvium, describing it as a phenomenon in which sudden body changes or unexpected stressors such as Covid-19 accelerate the telogen phase. Someone with telogen effluvium might lose upwards of 300 hairs per day causing visible signs of hair loss.

Some scientists, researchers and trichologists insist a fourth phase of the hair growth cycle exists. Also known as the shedding phase, it is regarded as the process in which hairs detached from the follicle finally fall out. More experts regard this to be the final action of the telogen phase. Good treatment involving a combination of medications can speed the shedding phase and subsequently bring through new hair in the anagen phase, producing a thicker head of hair as a result.