What is trichotillomania and how to stop hair pulling

There are many causes of hair loss and MHR Clinic sees clients who lose their hair from a range of medical conditions.

One of the most rare but distressing forms of hair loss is trichotillomania, the compulsive act of pulling hair free from its roots.

Most people know little about the condition, or even that it exists, but for those who suffer from it, the stress it puts on their body and mind is very real.

This article is written to raise awareness about trichotillomania and to offer hope to those who have yet to find a way to reverse their hair-pulling compulsions.

Trichotillomania is a form of mental illness that compels people to recurrently pull hair from their scalp, eyebrows or other areas of hair on the body.

Also known as hair-pulling disorder, or simply ‘trich’, sufferers of the condition struggle to overcome their urges to tug hair out of their roots.

As a result the long-term, chronic disorder can lead to hair loss in irregular patches on the scalp. These, in turn, cause the sufferer greater mental distress and, so, further trichotillomania occurs.

People who are caught in the trichotillomania cycle may go to large lengths to disguise their hair loss, at which point the disorder begins to greatly affect their social and work lives.

Hair-pulling disorder is most common in young adults and while more women present their condition to clinicians than men it is thought that just as many males battle trichotillomania.

For many, their compulsive urges are overwhelming while others work out ways to manage their impulses.

Most people who suffer the disorder feel trapped in a cycle of trichotillomania, a diagnosis of which falls into one of three categories.

Those who intentionally pull hair to relieve mental tension seek relief by identifying a particular strand of hair to remove. For them, hair-pulling is a decisive and conscious act, known as focused trichotillomania. These sufferers attempt to hide the disorder from others and choose to carry out their hair-pulling in private.

Automatic trichotillomania occurs when people remain unaware of their hair-pulling in the moments that they do it. These sufferers often don’t realise they are engaged in the act. They do it while they’re immersed in other activities such as reading, watching television and talking to others.

People who engage in both of the above activities are said to have mixed trichotillomania. Their hair-pulling behaviour fluctuates between the two, depending on their mood or circumstances. Mixed trichotillomania tends to result in the most hair loss. 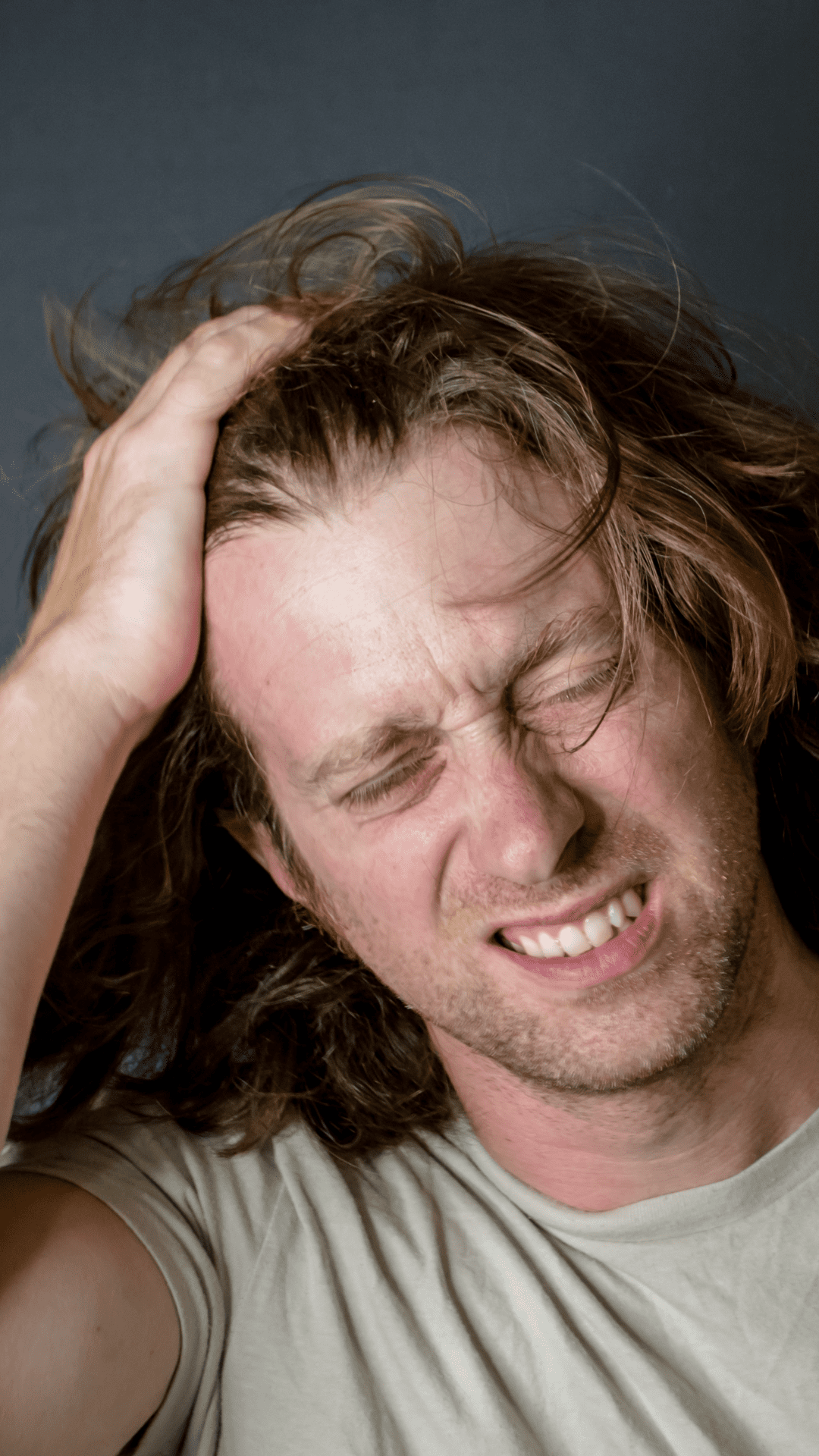 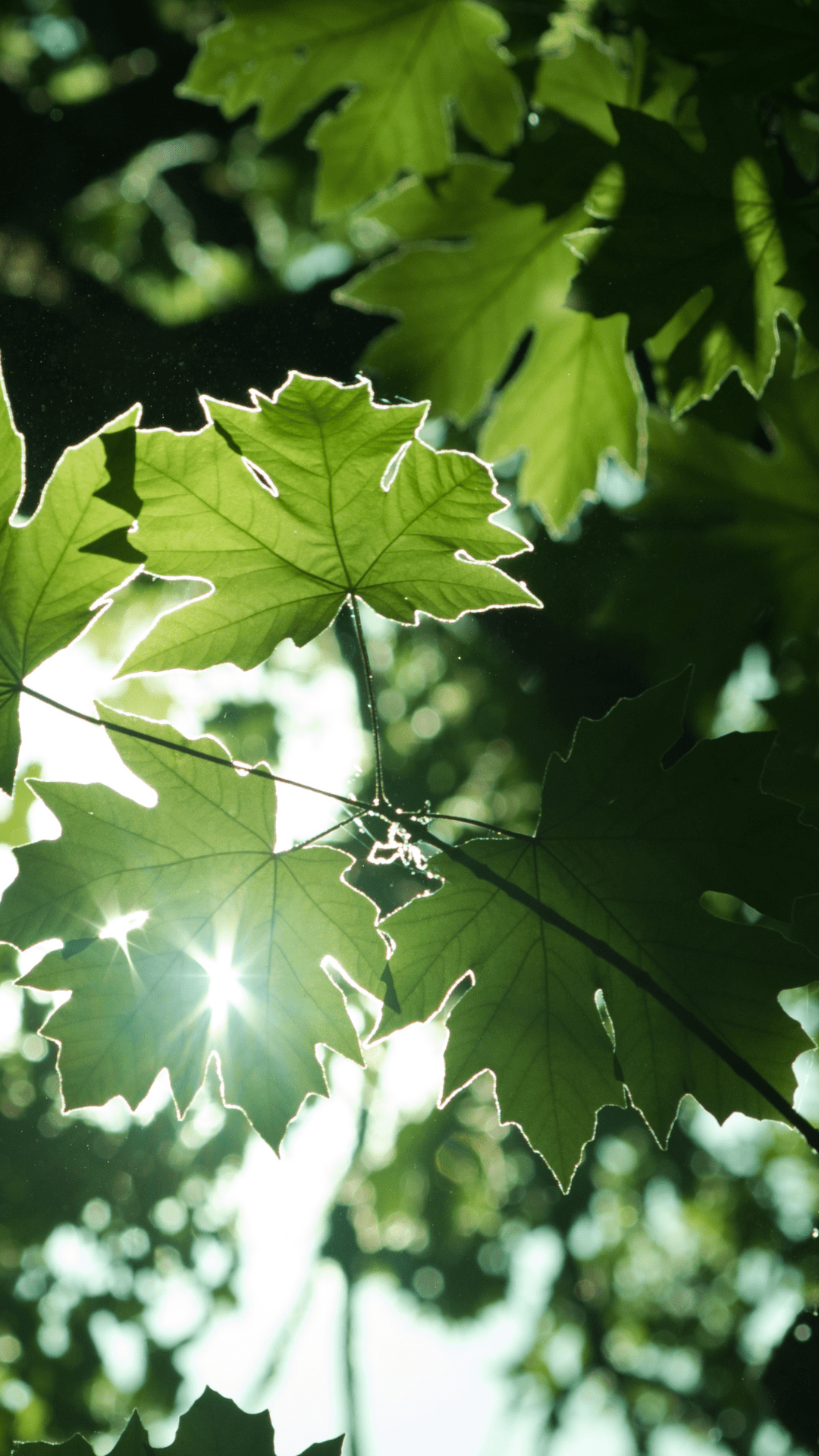 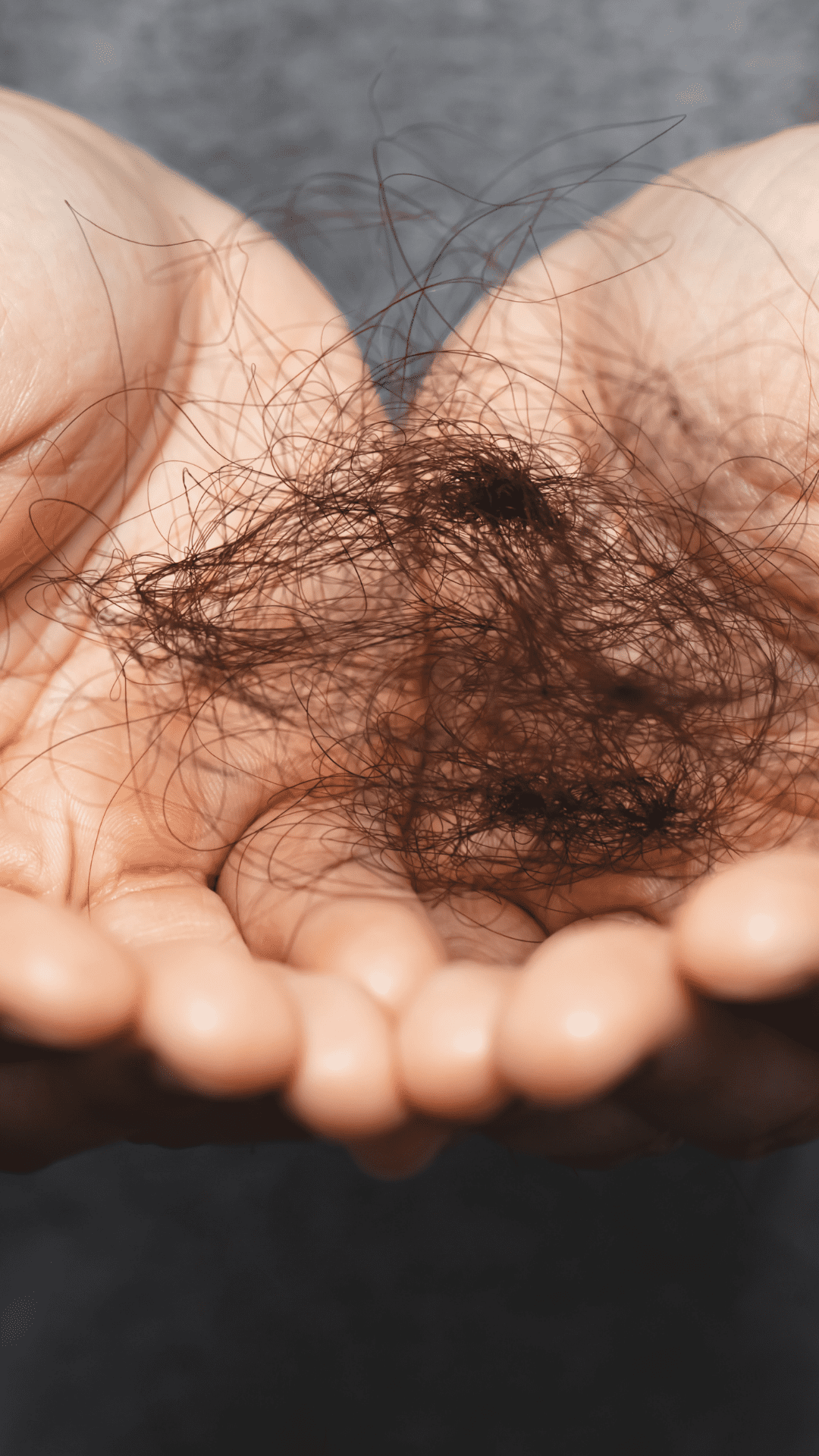 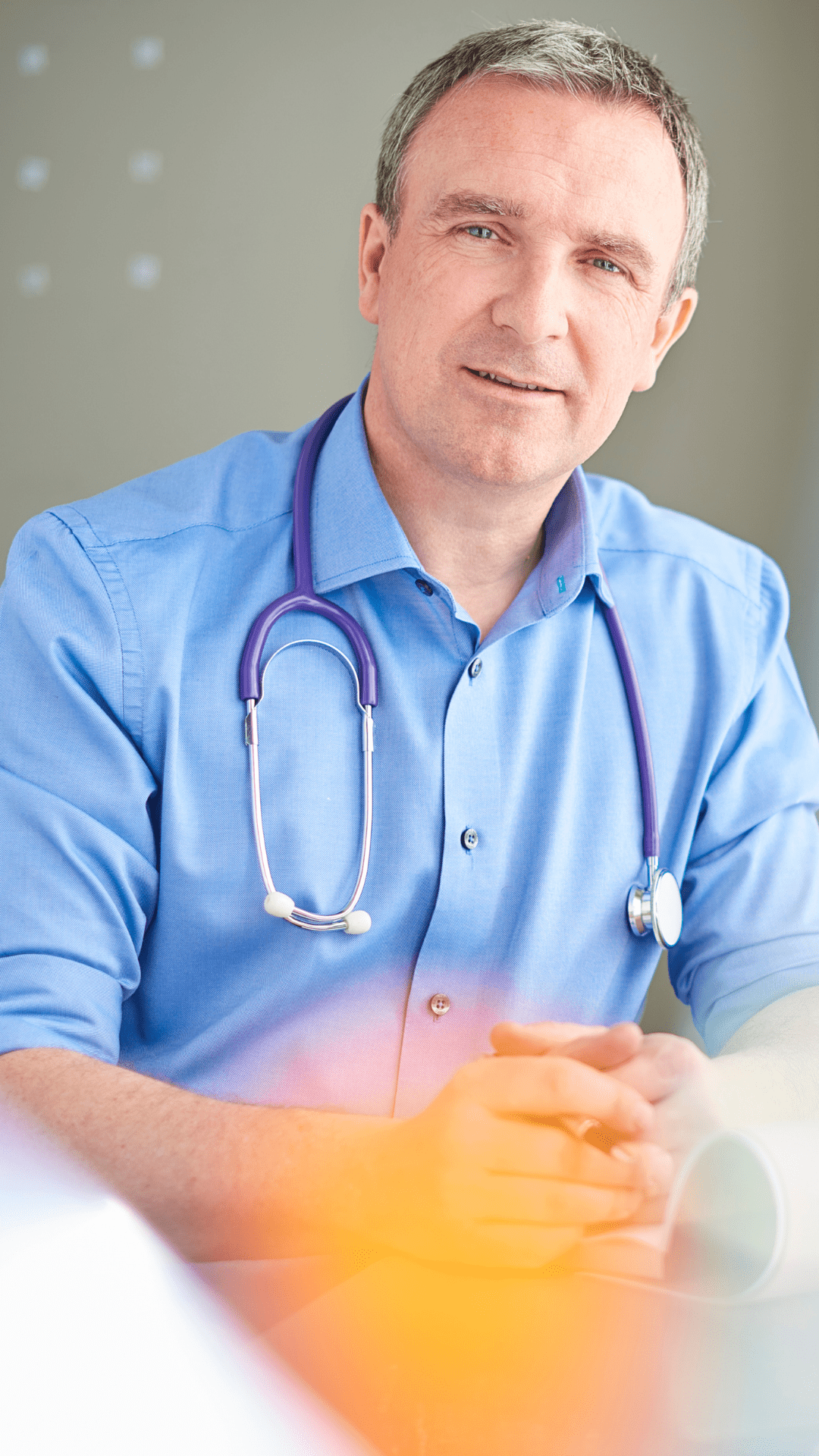 What are the symptoms of trichotillomania?

Trichotillomania ultimately manifests in one single way – the compulsion to pull hairs from their root.

However, as it is a mental disorder, sufferers often exhibit several other signs and symptoms of the problem.

These can include an increasing build-up of mental tension and emotional distress prior to hair-pulling. This is often coupled with a heady sense of relief, or even delight, once the hair is free from its root.

With hair in hand, many people then choose to snap it for a further sense of pleasure, while others may play with it by clenching the strand between their teeth or wrapping it around their fingers.

The resultant satisfaction from pulling hair often compels the sufferer to repeat the act to maintain their pleasure.

Prolonged trichotillomania causes significant bald patches to emerge in areas targeted by the sufferer. Noticeable hair loss in an unusual shape and single area is a clear sign of the disorder.

The condition can cause overwhelming feelings of shame and low self-esteem over the long term, which creates further mental anguish that perpetuates a cycle of trichotillomania.

Many people who have trichotillomania also pick their skin, bite their nails or chew their lips.

The cause of trichotillomania is not certain.

However, as with many complex disorders, it is likely to result from a combination of environmental and hereditary factors.

When a bout of trichotillomania occurs, it is usually triggered by emotions.

For many, it is a way to deal with anxiety, loneliness, stress and other uncomfortable feelings. As a result, symptoms of the condition vary in severity over time.

In women, hormonal changes associated with menstruation can amplify the condition’s symptoms.

But several deep underlying factors are typically the most influential factors in cases of ‘trich’.

Genetics play a prominent part, with several sufferers of the condition often found within one family.

Age also has a strong role to play with most people developing the condition in their teens or around puberty.

Those who suffer obsessive-compulsive disorder, depression and anxiety also seem prone to hair-pulling.

What can trichotillomania lead to?

As documented earlier in this article, trichotillomania causes emotional pain through shame and embarrassment about the condition.

In turn, problems can flare up at work and in personal lives due to those associated mental consequences.

Hair loss is the most obvious physical problem caused by the troubling condition.

The damage caused by trichotillomania quickly becomes visible in areas where hair-pulling has occurred.

How to stop trichotillomania?

For most ‘trich’ sufferers, when not treated, symptoms can continue and fluctuate for months or years at a time.

Rarely, hair pulling ends soon after it starts and it hardly ever gets better without intervention.

As it is a mental health disorder, consultation with a GP is the first port of call for those willing to tackle the problem.

What treatments are available for trichotillomania?

Treatment of trichotillomania is complex and takes time.

The most commonly prescribed remedy for hair-pulling is cognitive behavioural therapy, although talking therapies have also been proven to help.

In addition, journaling is also often recommended. It helps to identify the moods and triggers which bring on a bout of the problem.

Mindfulness and deep-breathing is a good way to calm the build-up of mental tension and emotional distress which precedes hair-pulling.

Squeezing stress balls, wearing a hat, or gloves, and an increase in relaxing activities such as walks, baths and massage have all reportedly helped sufferers alleviate trichotillomania.

The physical balding symptoms of trichotillomania can be treated with a hair restoration programme.

Improved hair growth in areas affected by hair-pulling can help to alleviate the embarrassment experienced by sufferers.

Therefore, it can contribute to breaking the trichotillomania cycle.

Also, platelet rich plasma injections can be used in and around the patchy areas of hair loss which have become bald due to frequent pulling of hair.

If you would like more information about the treatment plans we put in place to help alleviate trichotillomania, please contact MHR Clinic on 01565 745 344 or reach out to us through the contact page on this website.